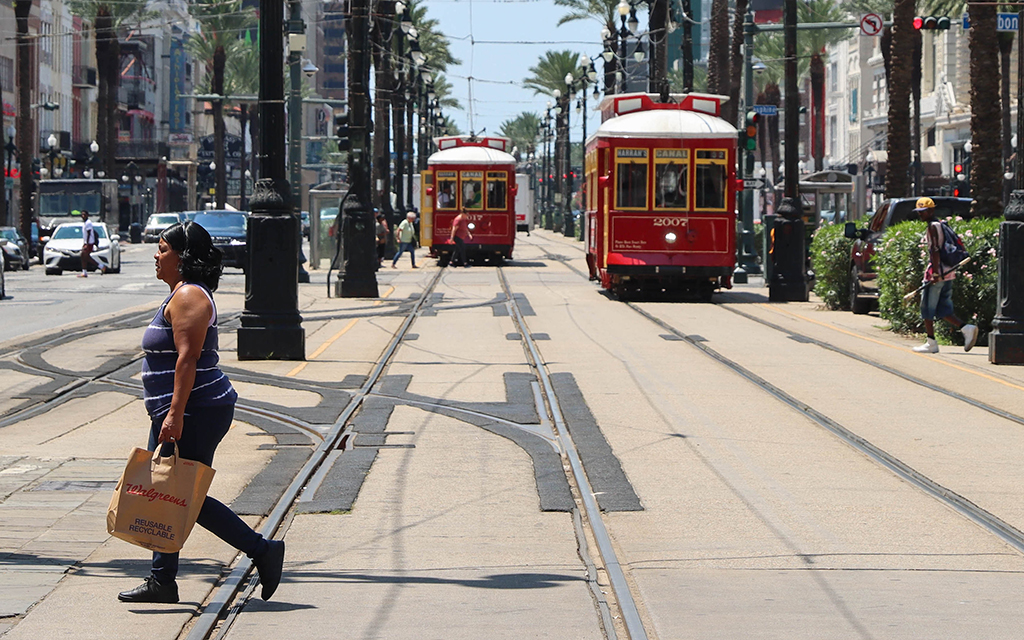 New Orleans is on track to claim the title of murder capital of the nation this year, according to data from the Metropolitan Crime Commission. The recent spike in violent crime comes at a time when the police department is understaffed. (Photo by Kate Heston/News21)

Policing the police: Has New Orleans department changed in a decade under a consent decree?

NEW ORLEANS – As the independent police monitor for the New Orleans Police Department, much of Stella Cziment’s job focuses on identifying problems – the cracks.

“You just got to see these little steps, and you have to keep your eye on the big picture,” she said.

“And yeah, of course we have hope.”

The New Orleans Police Department has a legacy of misconduct and lack of transparency. Six days after Hurricane Katrina slammed the city in 2015, officers shot and killed two people – a 17-year-old boy and a 40-year-old man with intellectual disabilities – on the Danziger Bridge. Four others were wounded.

Cziment said the bridge incident is just one example of the department’s history of violence, but it was a “big factor” in the department being placed under federal oversight in 2012. 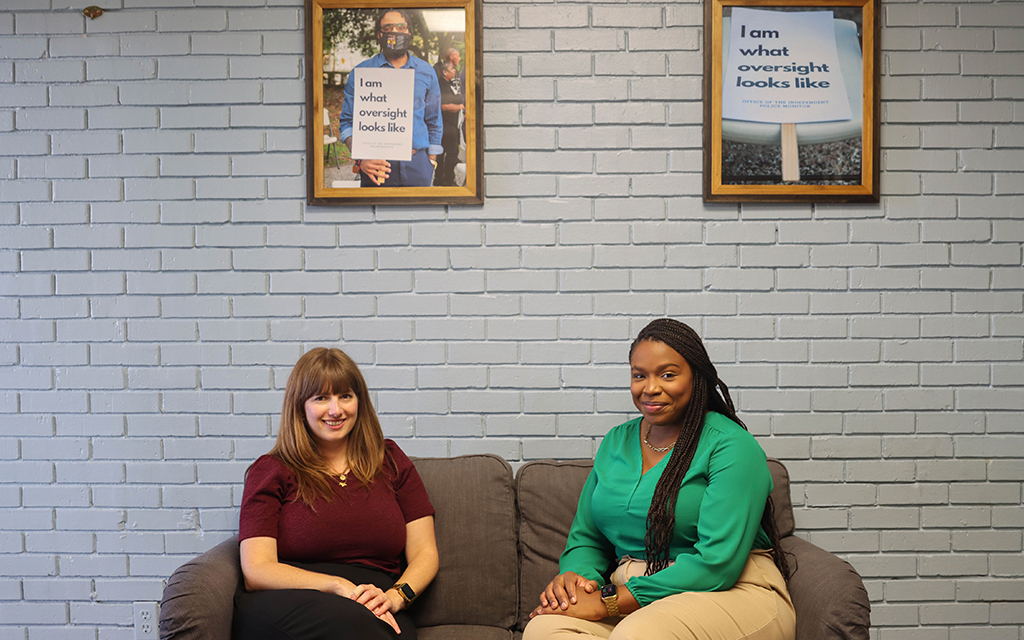 Stella Cziment, left, the New Orleans independent police monitor, and Bonycle Sokunbi, deputy police monitor, are photographed in their office on July 14, 2022. Cziment says the police department has changed significantly since the independent monitor’s office was established in 2009. (Photo by Kate Heston/News21)

A federal consent decree is the U.S. Department of Justice’s main tool to force changes in police departments. National experts have highlighted the New Orleans department under the decree as a model of reform, according to the Associated Press.

In May 2010, at the invitation of the mayor, the Department of Justice began investigating the New Orleans police for civil rights violations and other allegations of misconduct. A year later, the DOJ outlined its concerns about policies and procedures.

In July 2012, the city, the police and the DOJ entered into a consent decree, a more than 100-page agreement that provided a blueprint for reform.

“What the Department of Justice does is present a model for how you can engage in reform,” said Nora Ahmed, the legal director of ACLU of Louisiana.

Additionally, New Orleans established the office of the Independent Police Monitor in 2009, an oversight office that predates, and intends to outlast, the consent decree. The office monitors, reviews and audits police activity and data.

Cziment said the police department has changed significantly over the years.

In the 1990s, she said there were “very real” examples of police violence against members of the public. And if officers or employees spoke out about misconduct, they faced retaliation. 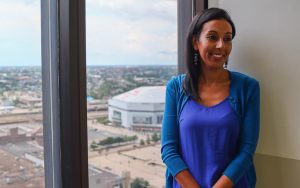 Norah Ahmed, legal director of ACLU of Louisiana, is photographed in her office in downtown New Orleans on July 13, 2022. “I would be remiss to say that the consent decree has accomplished nothing and that we’re not in a better place as a result of that transparency,” she says. (Photo by Kate Heston/News21)

On June 3, 2020, the department had what Ahmed characterized as “one of the most violent confrontations in the country between police and between people” at a protest against the murder of George Floyd by Minneapolis police. Police tear gassed protesters on the Crescent City Connection bridge, causing a stampede.

Now, however, the department has a protocol for holding officers accountable, said Bonycle Sokunbi, the deputy independent police monitor.

“We’re not having the same types of uses of force,” Sokunbi said. “That’s not to say that something can’t happen. It’s to say that if it does happen, we’ll be ready to handle it.”

The New Orleans Police Department did not respond to requests for comment for this article.

Cziment also noted that expectations of the department have evolved, and the goalposts are always moving. If the goal of the independent monitor’s office is to work itself out of a job, it isn’t there yet.

Ahmed, who handles ACLU cases from across the state, said because the consent decree forces the New Orleans police department to share data on misconduct and disciplinary cases, there’s evidence of growth – unlike other departments in Louisiana, where such data isn’t always available.

In June 2020, the ACLU of Louisiana launched Justice Lab: Putting Racist Policing on Trial, which handles lawsuits against departments.

Over those two years, she said, the majority of complaints aren’t focused on New Orleans police, one of the largest departments in the state.

“That doesn’t mean that I don’t currently have two lawsuits against NOPD,” Ahmed said. “But I would be remiss to say that the consent decree has accomplished nothing and that we’re not in a better place as a result of that transparency.” 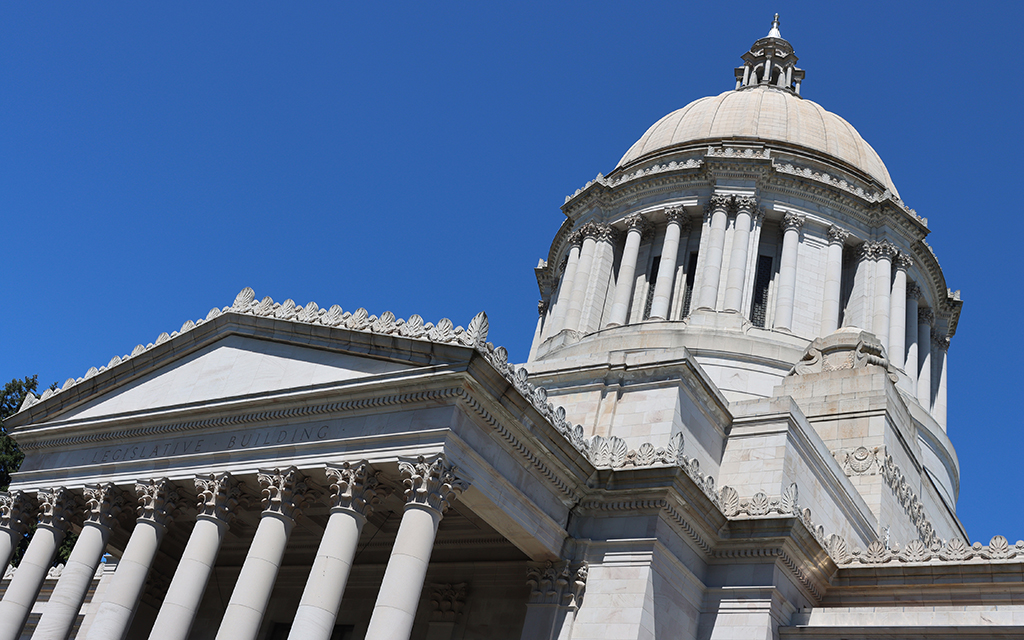 Washington state rolls back some of its sweeping police reforms

The department still faces significant problems, including staff shortages at a time of rising crime. It has bled officers over the past few years. In a February survey, officers cited lack of support, stress and misaligned expectations as top reasons to leave the force. When asked in an open-ended format why officers choose to leave, the top answer was overly punitive discipline and restrictive policies.

The loss in personnel coincides with a spike in violent crime – the city is on track to claim the title of murder capital of the nation this year.

The violence has left some residents scarred.

Amalfi Parker Elder recalled an incident this summer, when a fight broke out at her daughter’s high school graduation on Xavier University’s campus.

They hugged the ground.

Parker Elder, who worked with the police department to implement new domestic violence protocols as part of the consent decree, said she loves New Orleans, but after the graduation shooting, she can’t ignore the crime.

Her family is considering moving to California to get away from the violence. Even as a proponent of police reform she, like so many New Orleanians, says crime in the city is a top issue. 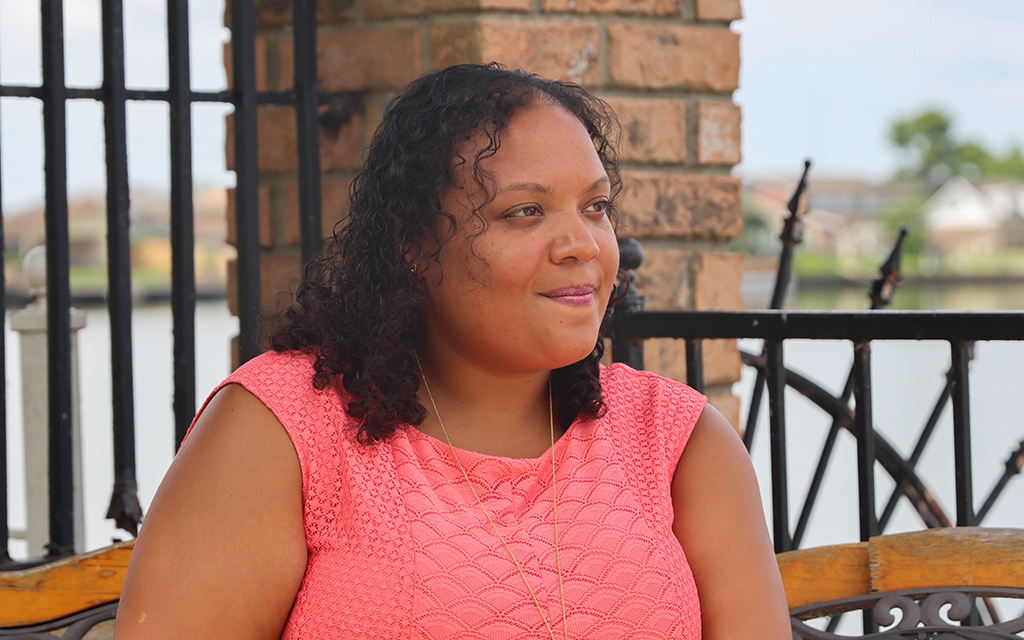 Amalfi Parker Elder, a community activist and resident of New Orleans, is photographed on July 15, 2022. The city’s crime spike is personal after her daughter’s graduation ceremony was interrupted by gunfire this summer. “Now I can’t act like, ‘Oh, well, the violence won’t affect you,’” she says. (Photo by Kate Heston/News21) 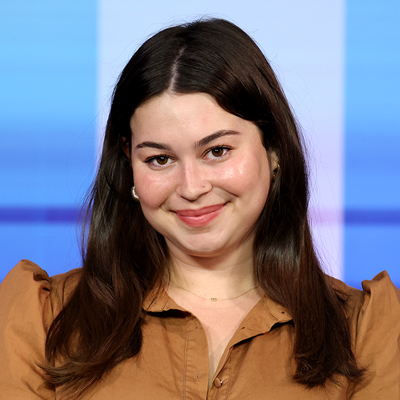 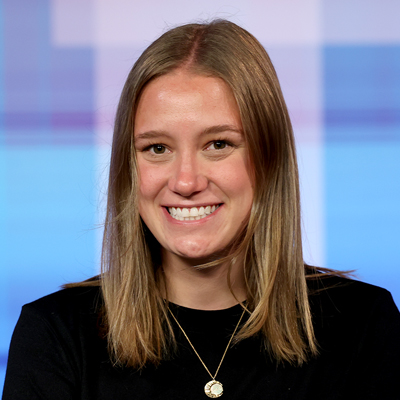