Murals paint memories of those lost to police violence across the U.S.

SALT LAKE CITY – The day before the Fourth of July, Rae Duckworth walks the perimeter of several industrial buildings painted with the faces of loss. Small wooden planters of paper flowers, stones with handwritten names and glistening pinwheels mark the pavement. She pulls weeds and picks up trash, tending to memories.

“These are all my friends,” Duckworth said of the nearly 30 faces, mostly Black and Hispanic, portrayed in the murals.

On this block of city-owned industrial buildings, artists in 2020 painted the murals to commemorate people killed by police across the country. Some friends and families of the victims have set up small memorials in front of them, written messages telling them to rest in peace and calling for justice.

Duckworth knows the name, the story, behind every face.

And Duckworth’s cousin, Bobby Ray Duckworth. He was shot to death in September 2019 by a police officer who responded to a report of a man suffering a mental health crisis. Duckworth visits the mural to remember the joy in his life and honor others on these walls.

“When I sit here and stare at them, I start thinking about their moms and stuff because I – this is where I’ve met everybody, right?” said Duckworth, who leads Black Lives Matter Utah. “We come here to pull weeds and then I end up meeting everybody’s mom one day.”

Across the country, murals like these adorn walls, alleyways and street corners. They provide spaces for personal and community mourning, and for protest. For some, they serve as public gravesites, spaces of remembrance and community. For others, they are difficult reminders of loss.

In Minneapolis, Angela Harrelson, activist and aunt to George Floyd, had mixed feelings about seeing his face everywhere she went during mass protests in summer 2020. When talking about him, she referred to him by his middle name, Perry.

“I mean, it’s a beautiful thing,” Harrelson said. “But in the beginning, when Perry was first killed and you’re told, ‘He’s gone,’ but then when I go outside, he’s everywhere.”

She said it eventually got easier, and she sees a greater purpose.

“But now as time passed with the process, it’s much better,” Harrelson said. “Because I know what happened was out of love and out of bravery and out of their passion for equality.”

Rae Duckworth holds a “Justice for Bobby” sticker near Salt Lake City murals honoring victims of police shootings. After her cousin was shot during a mental health call in 2019, Duckworth began passing out these stickers to keep his memory alive. (Photo by Laura Bargfeld/News21)

Dr. Amaka Okechukwu, who holds a doctorate and is an assistant professor of sociology at George Mason University, wrote in a paper for Environment and Planning D: Society and Space about “gravestone murals” as facets of the landscape of urban Black spaces, particularly in Brooklyn, New York.

Okechukwu wrote that such murals arose in the 1980s and ’90s in response to deaths from drugs, racism, police violence and gun violence. Today, they remain an essential aspect of individual and communal mourning and remembrance, she says in the article.

“Through memorial murals, community members do wake work for Black lives and Black places, commemorating the lives of the dead, archiving collective memory, resisting anti-Black violence, creating new spaces of peace, and practicing Black spatial production despite the violence they encounter,” wrote Okechukwu, who also researches social movements, history and Black archives, according to her website.

Her research shows that gravestone murals – which extend beyond police violence – “are spaces to memorialize the lives of the disappeared.”

Oakland resident JilChristina Vest has her own take on how Black life should be commemorated. She remembers walking down a three-block stretch of downtown Oakland in summer 2020. All the windows on storefronts were boarded up and covered in murals.

“And the murals were beautiful, executed wise. They were beautiful,” Vest said. “But they were just reminders of oppression and death and lynching. And this is the sum of Black people in America.”

She felt compelled to show the world and her community a different narrative. In 2021, she transformed a building she owns and lives in into what is now the Black Panther Mini Museum, with a large mural on the side dedicated to the women of the Black Panther Party.

She notes that many of the murals depicting grief have been replaced by more celebratory images.

In her research, Okechukwu lamented the decay and removal of the country’s murals, and the gentrification of formerly Black neighborhoods where many remain.

“There is ghost value in Black spaces, predicated on the removal of Black people,” she wrote. 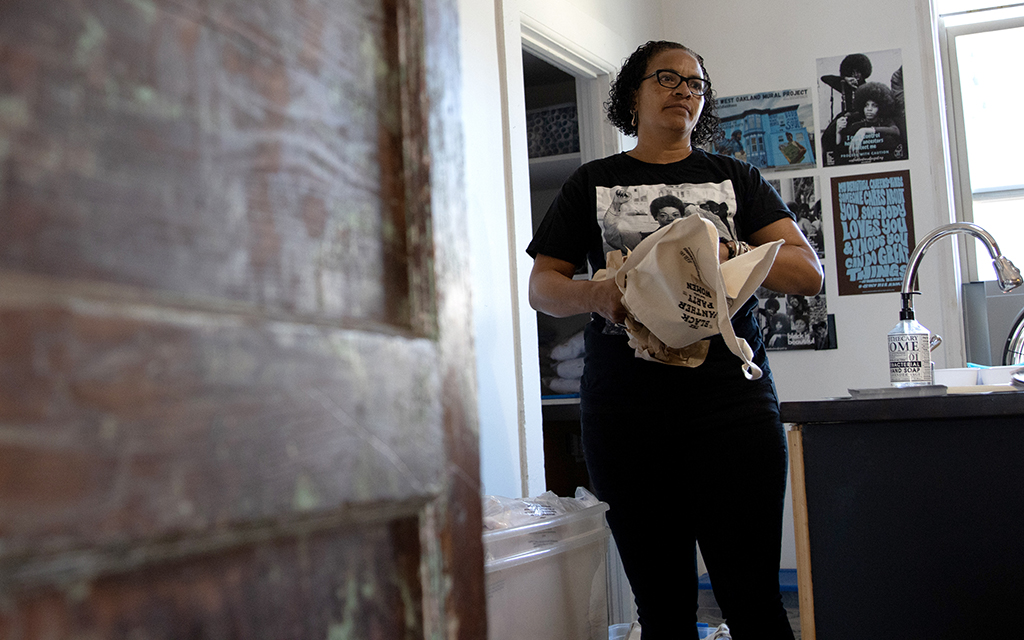 JilChristina Vest, owner of the Black Panther Party “mini museum,” folds and puts away merchandise at her home in West Oakland, California. She has shirts, sweaters, stickers and more for sale. (Photo by Diannie Chavez/News21)

In Salt Lake City, the murals show an array of people with myriad racial or ethnic identities. Local artists, who remain anonymous, placed them as a rogue act. They’re in an area that has little commercial value, on asbestos-contaminated ground.

City officials never sanctioned the murals, and they plan to eventually tear the structures down and turn them into apartments or storefronts as part of a rezoning project.

For now, Duckworth will continue to take care of the space.

“They say that nothing can grow here. But these are growing,” Duckworth said of some weeds and a small tree. “Just because it’s a weed doesn’t mean it’s not growth. But everything grows over here.” 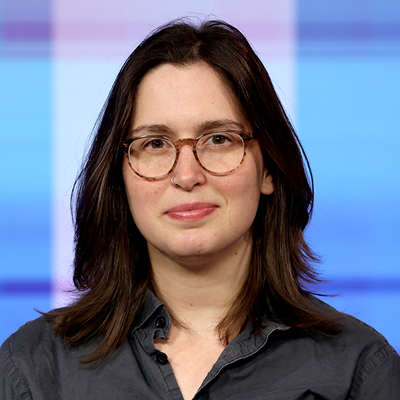 Laura Bargfeld is a graduate journalism student at the Cronkite school at Arizona State University. Their background is in freelance writing, audio and film production. They currently work as a health disparities reporting fellow at Cronkite News. 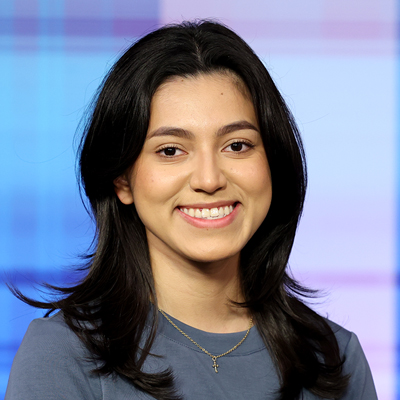 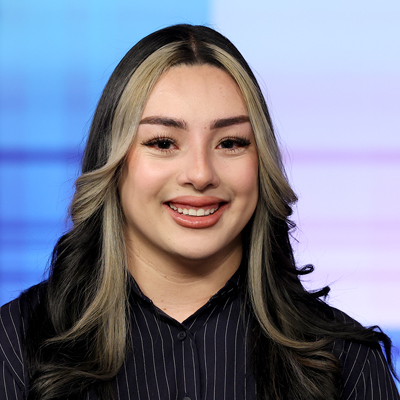 Jessica Alvarado Gamez is a master’s student in the Howard Center for Investigative Journalism at Arizona State University. She earned her undergraduate degree in journalism from ASU in 2019 and holds a minor in Spanish linguistics. Originally from San Jose, California, Alvarado Gamez also studied in Germany, learning about travel writing and global journalism. She is an award-winning storyteller and visual content creator whose work has been featured on Univision Arizona, KTAR, Arizona PBS, the East Valley Tribune and Phoenix’s PHXTV/know99.